Height is almost never a bad thing to have on your side.

With society rewarding height in so many ways – from dating to job promotions – there’s no wonder we’d all like to be an extra few inches taller.

Unfortunately, height is also something decided primarily by our genetics. But does sleep affect our growth, and if so, can a lack of sleep stunt growth?

I was curious about this, so I dove into the research.

Here’s what I found:

Lack of sleep can have a slight influence on growth. This is because growth hormone is released during sleep, and so a chronic lack of sleep could stunt growth. While studies (referenced below) show some correlation between disturbed sleep and stunted growth, it is a weak signal.

Want to learn more? Then let’s dive in.

Can Lack of Sleep Stunt Growth? The Science

We can all tell anecdotes until the sun comes home, but at the end of the day we need evidence-based fact to draw any real conclusions.

In my research I found two studies which looked at the effect of disturbed growth and sleep.

This 2002 study looked at 70 children admitted to hospital with obstructive sleep apnea syndrome. (Essentially, snoring so loudly it disturbs their sleep and inhibits their ability to enter into a deep sleep.)

The children were split into groups (which were initially no different in relative height or weight), with two out of three groups getting surgery to help fix their sleep apnea. Post-surgery, the children had reduced symptoms and could sleep much better?

So what effect did this better sleep have on their height?

Good question! Well, 6 months later the study found that the relative height in both groups of operated children had increased following the surgery. This was backed up by finding much higher growth hormone (IGF-1 and IGFBP-3) concentrations in the operated children.

The good news to take from this study is that post-surgery, the sleep apnea children’s height increase means it’s possible for a child to ‘bounce back’ once their sleep is healthy again.

However, this one small-scale study isn’t enough to draw a full conclusion. Let’s look at another. 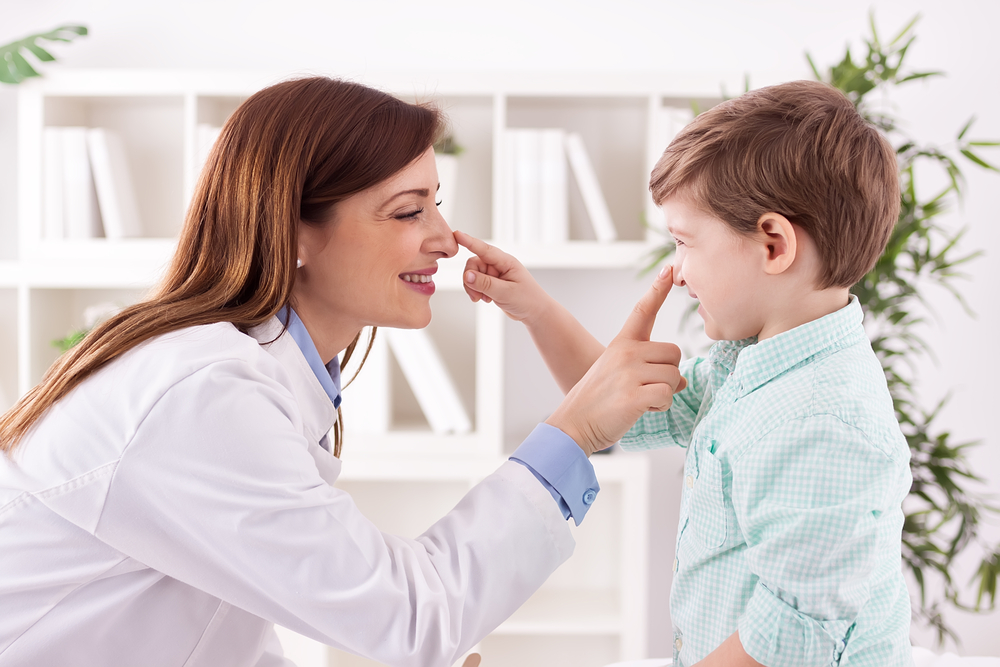 Next up is a much larger 1990 study that looked into the effects of sleep in children and their height.

While not the most accurate, surveys of parents were used to estimate the usual sleep and wake times for 5,145 children aged between 5 and 11 years old. Great effort was made to ensure that the children were from all types of race and backgrounds.

To quote their finding directly:

After adjusting for the effects of other variables known to be associated with height, it was shown that there was a weak negative association between sleep duration and height. It is concluded that variation in sleep duration between children is unlikely to have an important influence on growth.

In other words, there was a small association between sleep and height, but not anything which could be taken as significant.

While both studies found a link between lack of sleep and stunted growth, the first was small scale (and didn’t say there was a major link), and the second exclusively stated that lack of sleep is “unlikely to have an important influence on growth”.

In my eyes – that’s the answer. Sleep does have some influence on height, but it’s not going to make a massive difference. That’s why you still get tiny rich kids, and tall lanky poor kids. It’s your genetics that decides 95% of how tall you’re going to be, and other factors are minor at best.

That’s not to say you should keep sleeping badly!

What else is affected by lack of sleep?

If you’re reading this because you (or a loved one) isn’t sleeping well, I’m about to give you some tough love.

Being underslept is like going through life with the difficulty turned up to max. Here’s a few of the (proven) side effects of not getting enough sleep:

And that’s not even all of it.

All of this is scientifically proven, you can find all the references in our guide:

Is 6 Hours of Sleep Enough?

I don’t list all of these to be mean. I list them to encourage you to make sleep a priority in your life! Sleep doesn’t just have a positive effect on height (even if it’s a limited one). It also improves your quality of life in so many ways – it essentially makes you the best version of you. You’ll be less stressed, happier, and much healthier when you’re sleeping well.

Reading This In Your Late Teens / Early 20’s?

If you’re a young adult looking to see whether you’ve got a few inches yet to grow, I have to say it’s possible… but unlikely.

Growth plates close around 16 for women, and between 14-19 for men. So once you’re in your late teens, you’re likely about maxed out for height. There are some exceptions – but these are rare.

That said, make sure to still prioritise getting a good night’s sleep. Especially if you’re worried about finding yourself a hot date. You’ll be happier, smarter, and even more attractive when you’re sleeping well.

What Is Proven to Affect Height?

There’s very little evidence to show that any factors other than genetics affect height.

Anyone saying to the contrary, unless they have robust scientific evidence I’ve never heard of, is probably trying to sell you something.

That said, making sure you’re eating well, sleeping well, staying active, and staying hydrated will all help make sure your squeezing every last millimetre out of your genetics.

Another point to advocate a good night’s sleep is that it literally makes you taller.

When we’re awake and standing or sitting, gravity is (hopefully) holding us fast to the ground. This puts pressure on your spine, and slowly compresses your intervertebral discs.

This is why we all get shorter as we age.

A good night’s sleep helps to undo this – giving you a little decompression from the days pressure. Don’t believe me? Let’s just say if you want to measure the tallest, do it first thing in the morning after getting up!

If you’re still concerned about trying to be taller, you can always consider:

I hope this quick guide has helped clear up the impact that sleep can have on height. Especially in growing kids and adults.

If this content has helped you, please consider checking out some of the related articles below!

Thanks for reading, and sleep well.

Do you find yourself counting down the minutes until bedtime? If so, then you're not alone. Sleep is one of the most common sources of anxiety for people in today's world. The National Sleep...

Hi there, and welcome to our quick guide on why sleep is overrated. If this is your first time on this blog, I should say I’m a huge fan of sleep. I cherish it, research it, and of course I...

I've always felt a massive difference after a good night's rest. There's no better feeling of having the abundance of energy, optimism, and calm that being well-rested gives you. However, getting that perfect sleep isn't always easy.

That's why I've created this website. I spend tons of time reading and researching about sleep, so I wanted to share what I learned. Although I'm no expert, I hope by sharing what I've learned I can help others rest easy, too.

Thank you for visiting. I hope you enjoy the read!